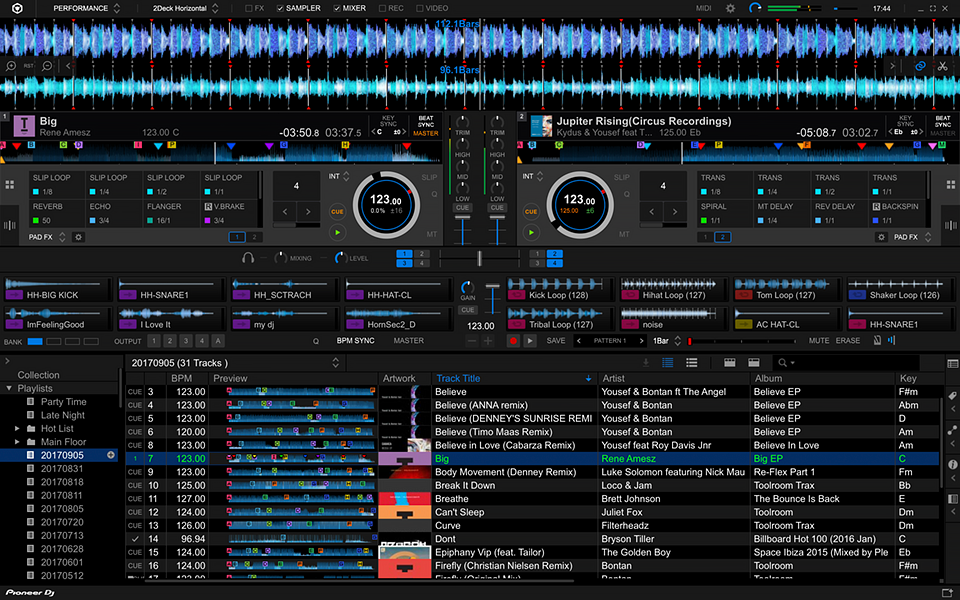 How To Choose a DJ Software system? Part 3 – Rekordbox

In our first two blogs we covered Serato DJ Pro (by Serato Audio Research) and Traktor (by Native Instruments); in this final third section we will cover a relative newcomer to the field of DJ software striving to make a significant impact: Rekordbox (by Pioneer DJ).

Rekordbox DJ by Pioneer DJ ($129) is the latest software to be unleashed upon the DJ community, and is considered to be the new kid on the block by most.  However, Pioneer has never been a stranger to software, as the original Rekordbox software was actually a music management package to help DJs using their CDJ900’s and CDJ2000’s organize their sets.  Although Rekordbox DJ has only been out in the wild since late 2015, it’s already a hardy and matured solution, offering loads of features that compete directly with Traktor and Serato DJ Pro.

The difference with Rekordbox DJ that makes it interesting is that it’s a complete ecosystem built around Pioneer hardware –mixers, controllers, interfaces and CDJ/XDJ media players.  Many DJs who favor Pioneer’s hardware decide to build an entire setup out of it, and one of those reasons tends to be the Nexus-series equipment’s ability to interface between each component.  The natural progression here was to offer full interfacing with a software package, where DJs can be afforded many of the same features found on their Nexus devices.  For Pioneer specific users, this offers a user experience that is seamless and convenient, while offering a lot of powerful features.  However, although not without exception, Pioneer Pro DJ Equipment tends to be an expensive proposition, making Rekordbox a potentially expensive option.

Rekordbox uses ASIO and Core Audio drivers, which are industry standards in the audio world.  In this case, since the drivers for the Pioneer hardware are developed by Pioneer, the idea is that they should be already optimized to function correctly.  Although this is different from the proprietary driver model of Serato’s packages, it’s also doesn’t officially support third party devices. If you would like to run Rekordbox on Pro Audio Equipment other than Pioneer, you may encounter an issue.

Rekordbox’s pricing structure allows for controller and CDJ/XDJ users to purchase the lowest-tier program and have access to all of the music management features, a variety of effects, sample playback, hotcues, beat jumps and more.  Upgrading to the RMX package allows for powerful live remix capabilities, not entirely unlike Serato’s “Flip” add-on; features that, for some performers, can serve to substitute Music Production Equipment and expensive outboard gear. Further upgrades allow for video and even DMX lighting control.  There’s also a subscription model for those who want to pay monthly for the packages they use.

Rekordbox offers a DVS add-on as well, but it requires that you have a Pioneer DJ Mixer capable of DVS operation (or the Interface 2 box).  A quick look at Rekordbox.com will give you a compatibility list of nearly 20 different units.  Plus, a dozen different units come bundled with Rekordbox DJ and DVS.

Obviously, with a package so geared towards the Pioneer ecosystem, it will appeal mostly to the DJs will a full Pioneer kit – and not so much to those using other gear.  Although the software does allow for 3rd party MIDI controllers, a lot of the nuts and bolts that are crucial to the feel of the software will be best experienced with Pioneer hardware.

– Not as common in the field as Serato and Traktor

– Potentially expensive when combined with the cost of compatible hardware

– Some functions cannot be mapped to 3rd party MIDI controllers

It closing, it should go without saying that you’ll need a proper computer to be able to run any of the packages we discussed.  Both Serato and Rekordbox claim that an Intel i3 will be sufficient, but Traktor requires an Intel i5.  Special attention should be paid to the manufacturer’s website to verify that your system is up to the task of running your chosen package.  It should also be noted that AMD processors are generally not recommended for DJ software, but if you insist, make sure you visit each manufacturer’s forums before you take the plunge.  When in doubt, just remember that a faster computer will generally yield superior performance, particularly when you’re in the zone of a performance.

Whichever DJ package you choose to go with, first make sure it reflects your goals as a performer, then consider your budget.  With any of these three packages, you can easily add to your arsenal of skills and realize a potentially higher as a live performer. 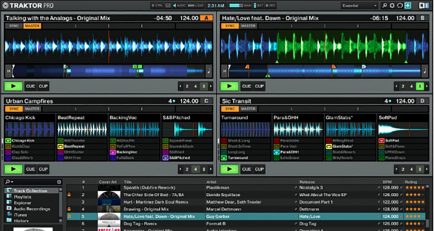 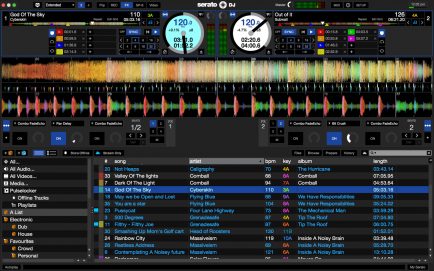